Tradition is the base of
knowledge and experience!

Besides the Mulde since 1893

Factory views through the ages

Paper producers since the 17th century

The history of the Julius Schulte Söhne GmbH & Co KG

Our partner company from Düsseldorf where everything started in 1886

« 1888 »
On October 15, 1888, the princely public. Commercial Councillor Gotthelf Friedrich Anton Wiede acquired on the corridor of the fishing village of Pauschwitz south of the town of Trebsen on the western bank of the river Mulde the rights for the expansion of the local hydropower. Together with his sons Johannes and Alfred, he converted it into a wood grinder and paper mill; the machines for this were ordered in 1892 from the Golzern machine factory. The paper mill was named "Wiede & Söhne".

« 1893 »
On November 9, 1893, production began with 112 employees, and this date is considered the official founding date. Initially, wood-containing and wood-free writing and printing papers were produced on a paper machine with a working width of 2.10m. The management was initially the responsibility of the brothers Johannes and Alfred Wiede. until it was finally transmitted to Johannes Wiede alone.

« 1914 – 1918 »
Even during the First World War, pulp production could be expanded; among other things, it produced textile pulp and a straw pulp, which was used for the production of "replacement feed". The number of employees was 565.

« 1929 – 1935 »
At the end of the 1920s, the pulp factory was renovated, and in the mid-1930s the straw pulp factory was replaced by a sulphate pulp factory for wood. In order to accommodate the growing working class, Johannes Wiede had workers' houses built. In 1930 he donated a sports and cultural site.

« 1941 »
In 1941, the production of pine-power pulp began. The first attempts to produce baggy paper followed.

« 1945 »
On April 16, 1945, American troops entered Trebsen; this initially led to the closure of the factory. On the basis of an agreement reached at the Crimea Conference in Yalta (4 - 11 Febr. 1945) regarding the military action of the Allies during the final phase of the war, the Americans stopped their advance at the Mulde bankside. The paper mill gained a significance in that the Mulde bridge leading to it (built in 1895) remained the only passable bridge. The Americans used these to explore the area east of the Mulde with patrols. On April 25, at 10.30 a.m. at Leckwitz, about 2 km west of Strehla on the Elbe, the first meeting between American and Russian soldiers took place, about 3 ½ hours earlier than the famous meeting at Torgau.

In July 1945, the Russians took over Saxony and thus Trebsen.

Production at the Trebsen factory resumed on 15 July 1945. Mr. Anton Wiede had to leave Trebsen.

« 1946 »
On March 15, 1946, the dismantling and transport of the plant to the Soviet Union began for "reparation".
Two months later, on 15 May 1946, the Soviet military administration ordered the rebuilding of the pulp factory, which had already been half-dismantled, by 1 July. A few days before this date, on 27 June 1946, pulp production could be started again. The paper machines remained dismantled.

« 1947 »
In April 1947, the company was renamed "VEB Pulp and Paper Factory Trebsen" and was a member of the Vereinigung Volkseigener Betriebe (Association of People's Own Enterprises), of the later Kombinates Zellstoff und Papier in Heidenau.

« 1952 »
Pulp production has been completely converted to kraft pulp; the production of straw, aspen and beech wood pulp was abandoned.

« 1960 »
Commissioning of the new bagging paper machine with a working width of 4.08 m, built on the former straw yard, manufactured by VEB PAMA in Freiberg. This was the largest paper machine to date designed and built in the GDR.

« 1990 »
"VEB Pulp and Paper Mill Trebsen" became a GmbH under the umbrella of Dresden Papier AG, which in turn belonged to the Treuhandanstalt (state trust) and consisted of the former Kombinat Zellstoff und Papier in Heidenau.
At the end of September 1990, the pulp factory was closed. After extensive investments (e.g. installation of a glue press and a top screen, new waste paper preparation, new sewage treatment plant, new steam generation), the production was converted to corrugating case materials from 100% recovered fibres (4.20 m trimmed working width) in November 1990.

« 2000 »
With effect from 1 June 2000, the shareholders of the Julius Schulte Söhne paper mill in Düsseldorf, i.e. the brothers Dieter, Gert and Eberhard Pothmann, bought the Trebsen paper mill from Mercer. Production capacity 65,000 t/a.

« 2007 – 2008 »
Further investment steps had become necessary: renewal of fabric preparation,
Conversion of the press section and installation of a new material spout. The expansion of the portfolio progressed and was expanded to 12 varieties.

« 2010 »
In the course of 2010, the new roller cutting machine, the new hall crane and the new anaerobic reactor of the wastewater treatment plant were put into operation. The variety range has been increased to 19.

« 2011 »
Due to the investment steps of the previous years, production had been expanded to 165,000 t/a. Further milestones in 2011 were the expansion of the aerobic wastewater treatment plant, the commissioning of the biogas plant and the combined heat and power plants for electricity generation.

« 2013 »
In 2013, another historic conversion of the paper machine took place: extension of the dryer and screening section, new drives to increase speed, new pope reel, new smoothing unit, new combination sizer, conversion of condensate system, adaptation of air technology, construction of 2nd starch silo, modernization of fine sorting.
Fortunately, the second "flood of the century" was as mild as it was 11 years earlier.

« Development towards a modern paper factory » (since 2014)

« 2014 »
Production volume is increased to more than 200,000 t/a for the first time. This year, the product portfolio will be expanded to include Kraftliner replacement paper and packaging papers with special properties such as flame retardant, anti-corrosion, deep-freeze, grease proof.

« 2015 – 2018 »
During this period, the following investments were made: the new so-called "fish ladder" (fish ascent plant in the Mulde), the new factory entrance, the new dryer hood of the pre-dryer section, the modernization of the process control system of the paper machine, a new anaerobic reactor in water treatment, the start of construction of the biomethane plant for feeding into the public natural gas network.
In November 2018, the anniversary "125 years of paper from Trebsen" could be celebrated.

« 2020 »
The new hall ventilation was put into operation.
The product portfolio is qualitatively enhanced by the inclusion of a Topkraftliner (cellulose layer on waste paper carrier material).

Papermaking tradition since the 17th century

The Schulte Family is an old papermaking family. The oldest proven ancestor is Wilhelm Schulte; it is known that his wife was buried on 9 February 1681. He was a papermaker at Vorster in Broich (now a district of Mülheim an der Ruhr). Before him, three generations of papermakers are said to have been. 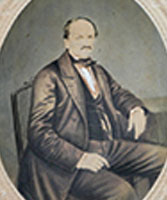 ... Four generations followed as papermakers, mostly at Vorster in Delstern near Hagen, most recently at Röpe in Johannestal near Hemer, before Friedrich Schulte (1802-1872) built the first Schulte-own paper mill in the Calle near Iserlohn in 1827 at the behest of his father. 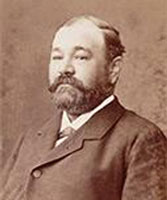 ... had four sons and a daughter. The two eldest sons Friedrich (1829-1900) and Julius (1831-1888) Schulte founded the paper mill Gebr. Schulte & Scheffen with Otto Scheffen in 1860. Paper production began in Düsseldorf with this paper mill. The production was primarily sugar paper. 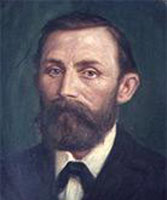 ... became self-employed in 1886 and founded his own paper mill on the southern bank of the Düssel for the production of packing and sleeve papers. The raw material base of all papers were rags and waste papers.

JULIUS SCHULTE died in 1888 shortly after the factory was put into operation.
He was succeeded by his eldest son Emil (1861-1947). There apparently ensued contentions among the brothers, when the second eldest son – also a Julius (1868 – 1938) – took over the management in 1910.
In the mid-1920s KURT POTHMANN, a grandson of the company's founder, began his work in the company; he took over the management of the company in 1938 from the hands of his uncle Julius and became sole shareholder. He was succeeded in the management by his sons Dieter (*1927) and Gert (1931 – 2008) Pothmann. Since their departure, operational responsibility has been placed in out-of-family hands; the company is currently in 4. and 5th generation in the direct descendant line of the founder. 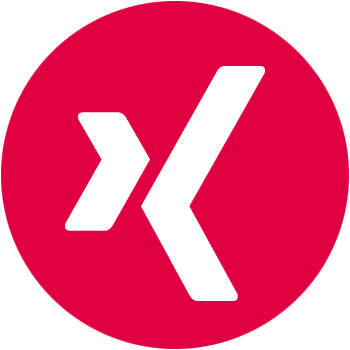 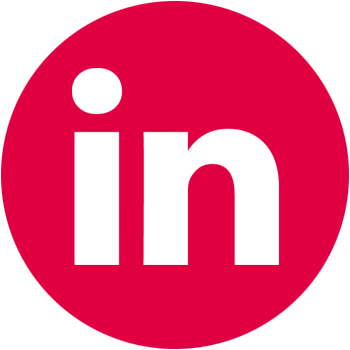